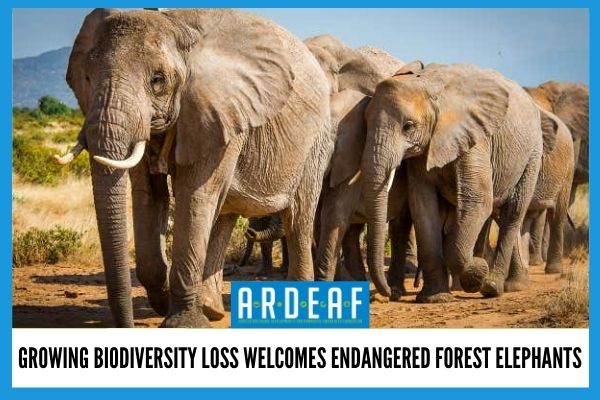 Be The Change By Sharing :

Let’s Discuss : Growing Biodiversity – Do you know that One Elephant Dies every 25 Minutes ?

With numerous species threatened with extinction, a team of scientists led by IUCN revealed African forest elephants- a critically endangered species. The population of forest elephants especially pachyderm has fallen up to 86% in the last 30 years. It was reported that the sharp decline in the forest elephants in Africa is due to illegal and intensive poaching and the destruction of their habitat by deforestation. As well as a bad outcome of coronavirus, the management of the forest was heavily declined to result in yet another endangered species.

Join The Mission : 11 Days for Earth’s Healing: An Ecological Movement That Could Save Us

Ninety-nine percent of all once surviving species have gone to extinction, yet the remaining one percent is on the verge of extinction. According to recent studies, the rate of extinction has speeded by 1,000 to 10,000 all because of growing climate change and baleful human activities. Deforestation, illegal shootings, hunting as well as urbanization, together with accounts for the lives of several endangered species. According to the International Union for Conservation of Nature’s Red List of Threatened Species, over 26,500 species are in danger.

You Can Also Read : THIS SCHOOL IN ASSAM ACCEPTS PLASTIC WASTE AS A SCHOOL FEES !

As a result of emerging diseases, travel, and global warming, more and more species are either migrating or at the risk of extinction. Wildlife trafficking is yet another factor that adds up to the initial cause of extinction- the fewer the species the higher the value.

We need to shed light on the fact that if endangered species are not protected, they become extinct which has severe consequences on food, water, and the environment. The extinction of simply one species can have detrimental effects on the food web. Because of the shared benefits, if one day all the animals go extinct, widespread starvation together with rampant diseases would ultimately cause the extinction of mankind. Thus, it is an absolute duty of humankind to control our threatening activities and let each and every species thrive at its best.

Be The Change By Sharing :